Save 10% on your First Drain Cleaning.

Must use code "SAVE10" when calling * conditions apply, call for details. Not applicable with any other office, nor to any trip or diagnostic fee for previous service.

Read our Reviews or Add your Own Review.

A Trusted Service for the Last 75 Years 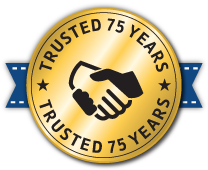 One suburb in the Twin Cities had to deal with a major issue that caused them to send untreated wastewater into lakes. Now, the City of Mound is warning people to not get in the water because it could be contaminated with E. coli

This mess came about after two days of heavy rains overwhelmed the sewer systems and, for some homeowners, the sewage backup became a major problem. That is when city leaders decided the untreated sewage needed to be diverted into the storm drains, which then flow into a lake.

The diversion effort was called off as soon as possible, but untreated sewage flowed into Lake Langdon, Lake Minnetonka, and Dutch Lake for a total of 14 hours. Although the untreated sewage was very diluted, E. coli can still pose a health risk to people.

Mound, with direction from the Minnesota Health Department, will start testing the lakes over a two week period. They will continue to perform the tests until it is shown that water is safe for people to be around and in.

The Mound City Manager says that members of the community have criticized the city for the decision to drain the sewage into the lakes. However, she argues that it was a decision that was made based on suggestions by the Minnesota Pollution Control Agency.

While this step gave the sewer system some relief, there were approximately 50 homes that experienced sewage backup. With the aging system and the population in Mound growing, there are concerns that this issue could occur again.

The city has dealt with rains that deluge the city and cause problems, but they have never had to divert raw sewage into the storm system before.

There were six sites around Mound where the wastewater was released. Four of the sites were near Lake Minnetonka.

The Minnesota Department of Health states that E. coli can cause severe nausea, diarrhea, vomiting, fatigue, and headaches. The elderly and young children tend to be more susceptible, causing serious injury and even death in some.

And Mound wasn’t the only area that had to deal with issues from the weekend rain.

There was a mobile home park in Princeton that was cleaning up from strong winds that toppled large trees. A number of homes and cars were damaged, but no one was hurt. Residents said that there were no weather warnings, but the wind picked up and, due to the soggy ground, trees started falling.

Homeowners in Eden Prairie had a sink hole to deal with, which damaged two homes and these issues will most likely not be the last that will be seen by the Twin Cities due to the fact that the weather already created some rather violent displays before the start of summer.

Save 10% on your First Drain Cleaning.

Must use code "SAVE10" when calling * conditions apply, call for details. Not applicable with any other offers, nor to any trip or diagnostic fee for previous service.

A Trusted Service for the Last 75 Years

A+ Rated by BBB